I Just Like To Talk About Music: JOEY FATTS “CHIPPER JONES 4” ALBUM

Minimalistic Music reviews based on vision, art, and appreciation. When you Have such an admiration for music you realize that you can’t really review an album because it’s so many details, It’s about the artist ability to express themselves not so much what we as listeners would like to hear. It’s projects that you can listen to 7 years from now and just catch something you didn’t previously. I’m just letting you know how the music has made me feel since that’s important too! I just like to talk about music 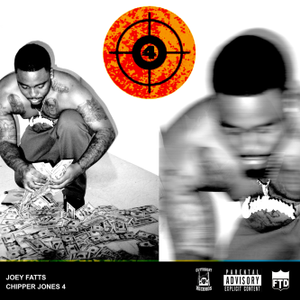 The whole “Chipper Jones” Series happen to be one of my favorites. My specific favorite being Vol. 3 because I treat it like a street bible. Joey Fatts relays an amount of life knowledge and captures feelings all while sounding unenthusiastic which only intensifies that feeling “he knows what he came here to do.” Fatts makes classic music from the beat to the flow to the set up, he is his own sound. Depending on where you started your fandom & what you know about him you can’t say you aren’t proud of his elevation while always staying true from what is presented to us fans and for that “Practice what you preach” energy it just solidifies his music. Back to the album though, “Chipper Jones Vol.4” basically told me slow and steady wins the race when it comes to being on a mission regarding whatever your mission might be. Although I could in retrospect relate to what was being said I feel like it’s a sound of victory and I’m not there just yet but it did assure me to keep going because these songs just shouldn’t be played in Focus on the way to work. It deserves to be heard in a better element and in due time it will.

The project has such a nostalgic sound and it’s straight to the point! As of late It’s been a lot of talk on how the rapper narrative is not holding any substance beyond f***ing b****es, buying jewelry, and whatever else for shock value but it’s literally artist out here that don’t do any of this for “shock value” in addition to story telling. Joey Fatts being one of them and let me tell you guys my perception of it: they know the greatness the possess and the notoriety on a “clout” level does not outweigh their mission to financial freedom. This kind of music happens to be timeless due to the fact it captures TRUTH and not dreams and wishes. Having the power to influence a person creates longevity that’s heartfelt and “long lasting”. Unforgettable.

Feelings/Interpretation: An intro, it sets the tone of the album, and it just brings so much satisfaction because it’s CHIPPER JONES!!! If you know you know.

“Glock clips long as antennas, who want static with us?
Send some shots into your frame, I hope you get the picture
If you not part of this gang then you the opposition”

“Screaming fuck the other side
Never could we coincide, ever since my nigga died
We been piling homicides
We been leaving mommas crying”

Feelings/Interpretation: The beat sounds like a Mantra which just allows you to focus on what is being said.

Fave Line(s): “He tryna bend the rules, it’s time to set him straight
Grab the K, he bout to make the news if he don’t pay today
We on this block with the tools, we ain’t got shit to say
Where he stay, if he ain’t got my loot he bout to he’s lose his face
Cold case, cold game, no face, no name
No guts, no glory, my nigga I ain’t no stain”

Feelings/Interpretation: This is an motivational anthem definitely  something you should listen to when you starting your day. My fave part is how the beat is subtly introduced in the beginning.

Fave Line(s): “i do what I want you do what you can. You act like a hoe and lil bitch I’m the man”

Feelings/Interpretation: if they ever have the audacity to make another state property this song better be on the tracklist. He really hopped on the beat talked his shit and hopped right off.

Fave Line(s): “I got my foot up in the game and then I stepped on their neck
Down to die bout it, Cut throat it’s respect”

Feelings/Interpretation: RUN ME MY CHECK!

Fave Line(s): “Please stop calling my phone
Leave me alone if it ain’t ’bout a check
I’ma get it til it’s gone, so cut throat I always connect”

“All them niggas, ain’t one rich
Why they with you? Make it make some sense
My dead locs, they know some presidents”

Fave Line(s): “A bunch of niggas in feelings but I can careless cause I’ma do me”

Feelings/Interpretation: He is so damn transparent it makes you feel connected as a fan.

Fave Line(s): “Until we lost our section 8 and had to move on 65th
Pops got locked up serving yay, my momma working double shifts
Saying we gon’ be okay, I know she tired than a bitch”

CONCEPT ALERT**: A fire visual to this would be him as a kid reciting the last verse in the mirror while the chorus would be clips of him solo getting ready and going about his day in present time then the first verse would be him late night riding with his girl conversing.

– Go With the Flow ft JMSN

Feelings/Interpretation: I am patiently waiting an EP 3 songs will do and I’m more than certain it’ll be a three peat project because every song they do is immaculate.

Fave Line(s): “Dreams of mansions, living lavish but instead I got the 7 trying to turn it to a half a zip, you niggas don’t know the half of it”