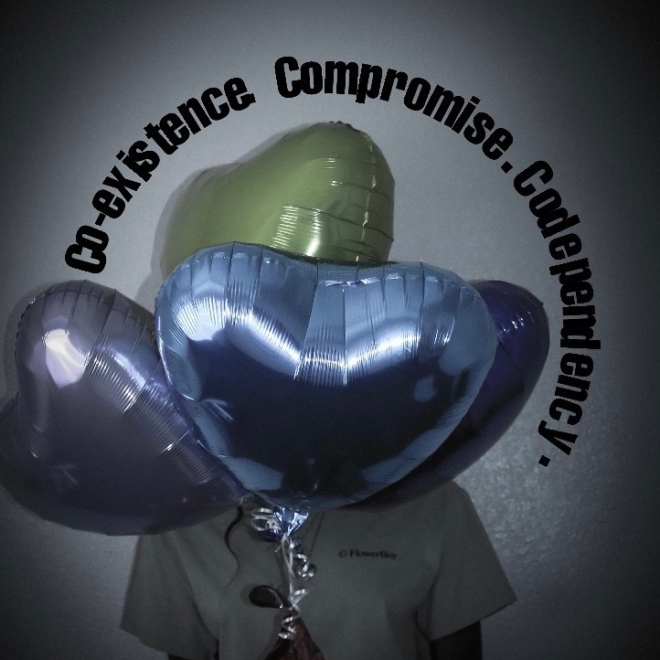 Self sabotage, sex!, and selfishness

These n****s sure do know how to fake it til they make something turn into nothing. I be feeling like dmx “what these b*****s want from a n****” foreal.

I find it to be interesting but unfortunate that I think I might just be the demise of my love life. I was trying to assess why I don’t “trust” men and it was becoming apparent that I block my own POTENTIAL blessings, thinking for them, and that’s rooted from my self esteem… I guess.

See I don’t see anything wrong with me as an individual but as a unit? I don’t understand why anyone would ever want to deal with me honestly. I feel like that because I underestimate my attributes (outside of sex) or since the few heartfelt instances I’ve had with “love” I never held the opposite sex accountable to declare anything to me, and that’s because I’m. I mean I was** a very low maintenance b**** (which wasn’t a “bad” thing to me since I have this idea that love shouldn’t be hard anyways). And when you see and hear how you should be, what people prefer, or just being observant of what others are use to I X myself out the way for them because I myself feel like am not liner to the standard of.

In addition to that it’s depth to my understanding and selfless selfishness..
I’m iffy on the idea of compromise as I stand by often; I feel like if I want to embark on someone I should be willing to accept + adjust to their everything, most importantly their love, and vice versa. I’m usually not willing to do that, especially just based on someones “interest” regarding me. Because of that I dead s*** just to avoid from wasting someone else’s time since I’m stubborn, I don’t even want to try. As I’ve gotten older I feel like I been slightly outgrowing this drastic idea of co-existing with someone romantically. The analytical side of me will take some time to surrender the idea if I choose to ultimately because I’m big on fairness and that’s the only fair and square way to join forces. Which as I think some more is stemming from control, because again I don’t trust men but before we get sidetracked…

I feel like people should appreciate that I don’t make them deal with me under these skeptic conditions and they don’t! In fact it’s like they try to force me into trying and it does nothing more than make me fight back by being careless and uncommunicative.

I say all this to say outside of what could be considered excuses, I might just be the problem.

Usually how it goes is some young man tries to be friendly and 97 percent of the time, I shut it down. The flirting is never flattering or appreciated from the start and I’m already thinking it’s an ulterior motive (you can tell how they talk). My dealings with men are also nothing more but sex driven to the point I don’t really know how to be receptive of kindness if you’re a complete** stranger once it gets to a certain point because I already know what’s good. (None of this applies to the young men who establish friendship, in which you can sense differently than the cosplay.) That s*** offends me because I take my platonic relationships so personally and that’s trying to be infiltrated.

A lot of men like to be predators and build in order to fuck and it blows me! So look how my mind works with that, I’m already anticipating the bull**** so why not get to the point and save us both the agony? Men like to be right just as much as they like to break something that was already fixed and when doing that bull**** it offends me even more since they’re ultimately trying to insult my intelligence. It’s just something about men I can’t trust and the irony of it all is I feel like I don’t have “trust issues” yet my intuition has never let me down..

And even if I was the problem due to warped self esteem I don’t even know where to start to fix it. I would say progressions is allowing everybody a chance but why would I waste my time like that? Right, I guess this is something that’s going to take time or just something to think about whether I want to “fix” it or not. I found it to be an interesting take.

I wonder what’s good with the people who know it’s a high chance they’ll be single for life. I feel like we are out here humbly enduring us being so misunderstood.